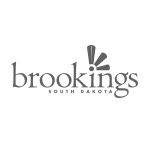 The SDSU Foundation is a 501(c)(3) organization that raises and administers funds to benefit SDSU.

Founded in 1946, the Foundation has raised more than $55 million in gifts and pledges in each of the last six years. That success comes following It Starts with STATE: A Campaign for South Dakota State University, which raised $255.7 million for students, faculty, facilities, athletics and other university programs from January 2007 to April 2013. Over the past ten years, the Foundation has secured gifts and pledges totaling more than $515 million. The Foundation holds more than $252 million in assets, including a $153 million endowment. Through the Foundation’s efforts, SDSU is poised to continue its rapid advancement in undergraduate, professional, and graduate education; in research, science, and technology; in scholarships; in the arts and humanities; and in service.